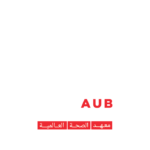 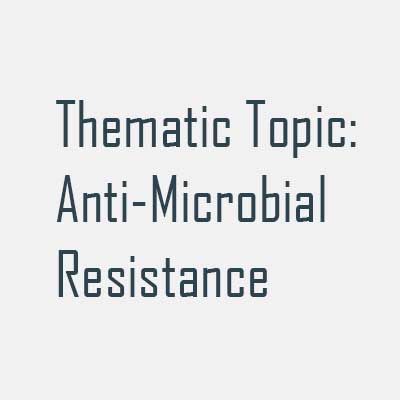 The course aims to strengthen learner’s knowledge on the topic of Anti-Microbial Resistance (AMR) and introduce potential knowledge gaps, which may be avenues for research proposals.

The association between infectious diseases and war has been established since antiquity. Famine, deteriorating living conditions and spread of infectious diseases are unfortunate and grave events that occur in wars. In more recent wars mainly the American War in Iraq, the problem of multi-drug resistant bacteria namely Acinetobacter became a significant concern. Several published reports in the medical literature attempted at tacking this issue and describe its burden. AMR is a global problem classified as a major threat to humanity. Multi-drug resistant (MDR) bacteria does not respect borders and can travel to various regions and countries.

Since limited number of evidence-based recommendations and guidelines exist today and are mainly based on the experience of Western armies and medical corps, there is dire need to gather regional data from different parts of the world. The Middle East is a region plagued with continuous conflicts and wars, consequently there is a pressing need for collecting data on the etiology, impact, and measures to counter AMR in the region. These data, originating from the Middle East will have global impact and can serve as a rich case example for other regions to learn from.

Accepted fellows will be required to complete the online course before joining the fellowship program. 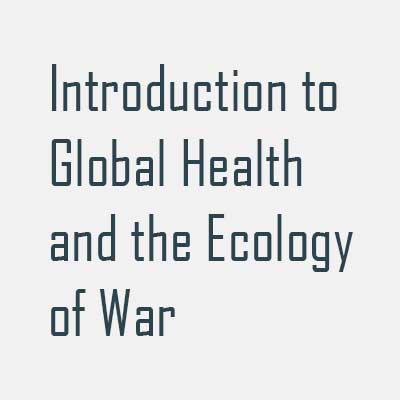 Introduction to Global Health and the Ecology of War

The course provides an overview of the conceptual framework of the Ecology of War and its implications on global health research. The fellows will learn to manage and mitigate physical and digital security risks related to conducting research in conflict settings. In addition, fellows will be prompted to think through research strategies that require navigating legal and administrative landscapes in conflict settings. In this course, the fellows will be guided through the proposal writing process including ethical review, and will be expected to submit their research proposals for ethical review. 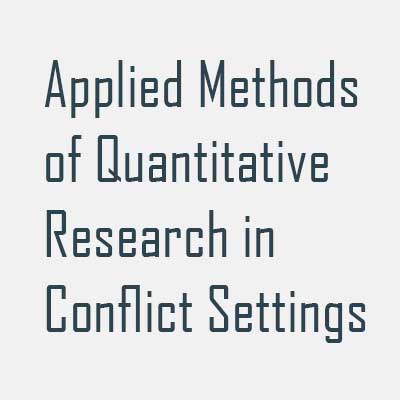 The course introduces fellows to principles of research designs in areas of conflicts. It promotes critical thinking when developing and addressing scientific inquiries. The course initiates with the operationalization of a research question, formulating hypotheses, and finding supporting literature. The course then moves into the identification of research designs suitable for conflict areas focusing on the identification of population of interest, sampling strategies, and tools for data collection. Throughout the course, difficulties specific to conflict areas will be addressed. 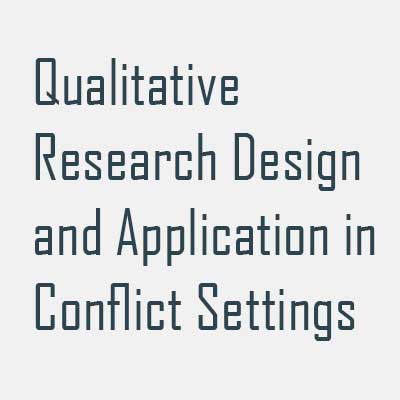 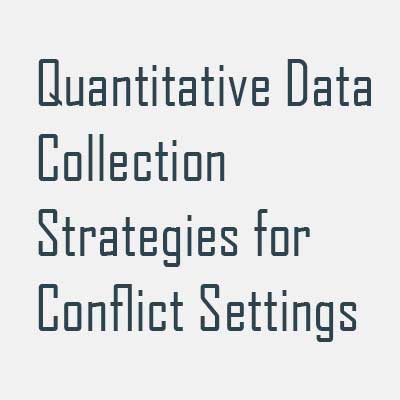 This course introduces basic statistical techniques applied to health sciences in conflict settings. It covers the theory and application of statistical techniques that are commonly used in clinical research in such settings. The course involves didactic teaching, hands-on computer exercises/demonstrations for collecting and analyzing clinical datasets and reporting their results. The main objectives are twofold: understanding descriptive statistics, which encompass techniques for organizing and summarizing data, and understanding inferential statistics from estimation, to confidence interval, and testing of hypothesis. Applications include Chi-square, Pearson correlation, Student t-test and ANOVA.