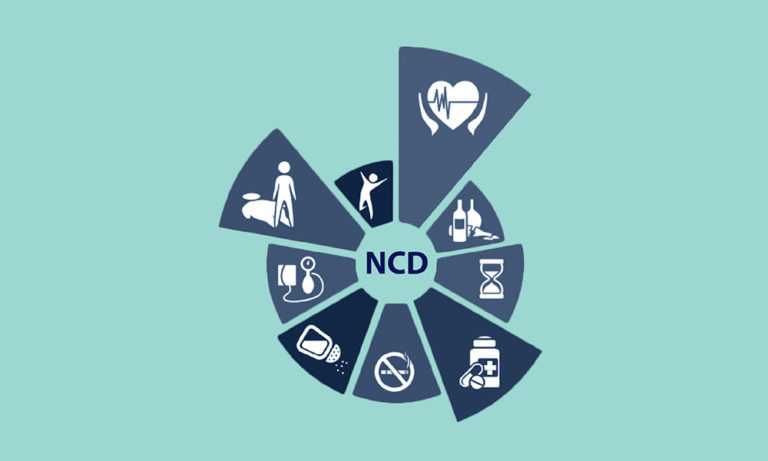 Over recent years, the global health system induced a significant expansion to include a number of actors[3]. A recognition on the importance of coordination between actors is warranted to ensure effective response to current global health challenges [4]. In the area of non-communicable diseases (NCDs), the United Nations, the World Health Organisation (WHO), the World Bank, the Food and Agricultural Organisation (FAO), the World Trade Organisation (WTO), and the Codex Alimentarius Commission are identified as policy actors driving policies and decision-making at the global level. Recognition is growing that coordinated partnership between actors is warranted to drive population-wide health improvements at country level.   However, understanding the context in policy development is crucial; especially, the increased transnational relations and influences across physical, political, social and cultural borders [5]. The context is a key element, as what works in a certain context might not work elsewhere or might even be harmful [6]. With the increased prevalence of NCDs, especially in Low-middle income countries (LMICs), there is broad recognition on the need for urgent action [7].

In low and middle-income countries (LMICs), globalisation and economic growth are specifically important as they move towards higher levels of economic development involving with it numerous other changes. When economic status rises and urbanisation increases, traditional and ethnic cuisines high in complex carbohydrates and fibers tend to be replaced with Western-style foods high in fat and sugar like processed foods and soft drinks, especially among the younger generation, resulting in an increase in energy density [8]. Currently, LMICs are facing the global trend of the nutrition transition [9].

Although globalisation had a positive effect on the economic process, some epidemiological studies have identified a negative aspect on individuals’ health and nutritional status which is built on the modernisation theory [10]. Two theories have been used to explain the increase in obesity in LMIC: first, the theory of modernisation that correlates the increase in gross domestic product (GDP) per capita with a linear increase in body mass index (BMI) while the second theory, the dependency theory correlates obesity to the integration of global economy and Western culture [11]. While the first theory encourages the adoption of (or desire to adopt) new innovations found in other cultures, particularly higher income countries, the second theory relies on the countries’ international trade and transnational food corporations [12].

Developing low and middle income countries undergoing economic progress have been shown to create a triple burden of NCDs which can be described by undernutrition, micronutrient deficiency and obesity. The prevalence of obesity and NCDs has arisen very rapidly in LMICs, especially in urban and suburban areas, whilst they were still treating infectious diseases [13]. Globally, these NCDs are perceived as the main cause of morbidity and mortality accounting, in 2016, for 71% of the 56.9 million deaths annually and for 46% of the global burden of disease; of these deaths, 32 million occur in LMICs [14].

It is now projected that LMICs will have the highest rates of obesity by 2050 by relying on monotonous diets that depend on starchy foods thus increasing the risk of NCDs drastically and micronutrients deficiency, thus creating a heavy burden on healthcare systems (FAO, 2014). For these reasons, the triple burden of disease including undernutrition, malnutrition and obesity need to be addressed simultaneously [15]. Thus, within current food systems implementing appropriate food policies and programmes to address hunger and micronutrient deficiencies without enhancing the burden of over-nutrition calls for a wide range of interventions and direct attention to the key determinants for the triple burden of disease[16].

Within each country, key drivers have been seen to play a major role in the nutrition transition such as globalisation, food advertising, marketing and socio-cultural factors. For instance, according to Dahlgren and Whitehead (1992), the individual behaviours are closely related to the broader value system which are in turn rooted with the social determinants of an individual.

Social, health, food and living environments in which people exist have an outstanding influence on their dietary patterns which are the “underlying drivers” of nutrition as reported by the Global Nutrition Report [17]. To address these underlying complex determinants of poor nutrition, effective nutrition-sensitive programmes should involve multiple sectors such as agriculture, education, urban planning and transport in addition to the public health sector [18].  Moreover, Lawrence et al. (2015) discussed the importance of multi-sectoral approaches in nutrition transition context including political, cultural, economic and social factors that affect food systems and consequently affect people’s behaviours [19]. Contributions from different parties like civil society and private sector can enhance the implementation and increase the influence of effective nutrition-sensitive programmes and policies targeting population level rather than requiring individual attention [20].

Yet, globally, action taken to prevent obesity at country levels have been isolated and slow [21] and did not successfully reverse this epidemic because the general and institutional factors of obesity remain largely unrestricted [22]. It is characterised by a derisory political leadership and governance to legislate policies in respond to “The Global Syndemic” and an absent demand by the population for policy change [23].  Yet, Roberto et al. (2015), argue that there is reason ‘to feel optimistic about the future of obesity prevention” given that many countries have shown national commitment and action to achieve the WHO’s Global Health objectives.

Investing in health-promotion interventions targeting adolescents was recommended by WHO, as it is deemed to be a unique phase in human development. In addition, adolescence is considered a central element to achieve the Sustainable Development Goals (SDG) Agenda 2030 which aims to achieve global social, economic and environmental development by 2030 (WHO, 2017). In the context of the SDGs Agenda 2030, an increased spotlight on adolescents’ health was drawn through the Global Accelerated Action for the Health of Adolescents (AA-HA!) which supports governments and policy-makers in promoting adolescents’ health through an “Adolescent Health in All Policies” (AHiAP) approach [26].

A policy foundation is perceived as a fundamental element of interventions and implementation [27]. The integrated approach of public health combines policies from multiple organisations, sectors and disciplines and is referred to as “Health in All Policies” (HiAPs). The approach of HiAPs [28] is described as: “a horizontal, complementary policy-related strategy with a high potential for contributing to population health” [29]. Health-oriented decisions should be taken into consideration in all policies across all sectors; however, this requires a collaboration between sectors and the recognition of the community’s assets and resources [30] [31].

A HiAP approach ensures that policymakers across multiple government departments and other organisations are aware of the health, sustainability and consequences of the policies in process [32]. This approach helps to spread the importance of health in different sectors and the policy development process. The engagement and cooperation of different stakeholders, governmental sectors and political will are needed in order to improve health in parallel with other sectors’ goals such as education, improving green spaces and promoting job creation; however, economic crises and competing priorities are perceived as the main barriers to policymakers’ cooperation [33]. The majority of people do not account home, schools, work premises and neighbourhoods for their health inducing factors; awareness on the importance of the environments in improving health should be given to people to increase the understanding of the HiAP approach [34]. Nonetheless, in order to implement the HiAP approach, all stakeholders should be committed and perceive benefits from the process [35]. The HiAP key elements reside in creating both physical and social environments promoting health [36]. Tackling obesity from a HiAP perspective targets the multi-factorial determinants of obesity through a multi-agency, partnership approach across different sectors by putting health on the agenda of all sectors [37].

In conclusion, non-communicable diseases should be treated as a global health priority stressing on the need for policy implementations on the country level. Partnership between policy actors at a national and international level should be a priority in LMICs in combatting the triple burden of diseases.

[14] :World Health Organization (2013). Practicing a health in all policies approach: Lessons for universal coverage and health equity: a policy briefing for ministries of health based on experiences from Africa, South-East Asia and the Western Pacific. Geneva. WHO.

[31] :Local Government Association (LGA), (2016). Health in All Policies, a manual for local government. Retrieved from: https://www.local.gov.uk/sites/default/files/documents/health-all-policies-hiap–8df.pdf