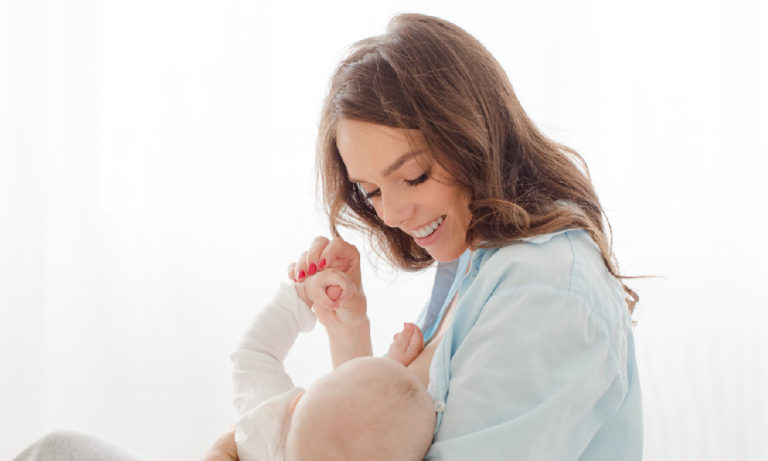 Countries in the Middle East and Northern Africa (MENA)—including Lebanon—face a double burden of malnutrition. Although the prevalence of obesity has increased substantively in these regions, undernutrition remains a significant concern [1] . Children under five years of age are especially vulnerable: 16.5% of children in Lebanon exhibit stunting, or low height for their age; 6.6% exhibit wasting, or low weight for their height; and 16.7% are underweight [2]. Some overweight children concomitantly experience stunting [3]. Tackling this issue effectively requires an approach that focuses on tailored solutions, including nutritional education and exclusive breastfeeding.

The worldwide increase in the prevalence of obesity may be attributed to a dietary transition to foods high in saturated fats and sugars and low in nutrients. The double burden of malnutrition—concurrent overweight and underweight populations or individuals—has been extensively documented in Latin America and the Caribbean [4]. Recently, similar trends have begun to emerge in earnest in MENA, amplified in certain subgroups. Malnutrition disproportionately affects the lowest wealth quintile, though children in MENA in the highest wealth quintile are more likely to be overweight than those in the lowest. In particular, children in the lowest wealth quintile are more likely to be stunted or underweight [5].

Education can be an effective tool to target these subpopulations. A 2017 study found that an educational intervention greatly increased diet diversity among Palestinian refugee schoolchildren [10]. Following the intervention, schoolchildren were more likely to eat meat or chicken and less likely to eat desserts, and those most involved in the program were also less likely to consume sweetened beverages, such as soda. Moreover, the educational intervention also drastically decreased absenteeism among participants [11]. Another study demonstrated the need for educational programs that targeted specific ages for children living in orphanages [12].

Compared to the rest of the world, the rate of breastfeeding in Lebanon is low[16]. 40% of infants under two months of age are breastfed; by four to five months of age, only 2% of infants are breastfed[17]. Breastfeeding is associated with health benefits even beyond its association with lowered risks of obesity; it also accounts for a decreased risk of neonatal death and gastrointestinal and respiratory admittance to the hospital among infants. Breastfeeding decreases the risk for ovarian and breast cancer and type 2 diabetes[18]. In many ways, it is the ultimate preventative health measure.

There remains little increase in breastfeeding rates in Lebanon, due largely to the privatization of the Lebanese health system and the targeted marketing of breastmilk substitutes[19]. In fact, the fiscal influence of infant formula companies largely undercut the policy prioritization of breastfeeding. An increase in breastfeeding in Lebanon is possible, but it requires the continued commitment of NGOs, breastfeeding advocacy groups, international organizations such as the WHO and UNICEF, and health professionals[20]. The WHO and others have done well in identifying the double burden of malnutrition as a problem [21], and some NGOs have done well in prioritizing this issue [22], but further collaboration is needed.

Child and maternal education and breastfeeding are only two targeted solutions to a multifaceted and complex problem. The double burden of malnutrition has no easy solution—rather, it requires many small, select solutions—such as increased controls placed on food marketing, more nutritious food afforded to low-income children in schools, and restrictions on processed foods—conformed to parts of the issue, rather than its composite whole. Focusing on education, particularly among vulnerable populations, and increased breastfeeding provide two ways to alleviate the persistent crisis of undernutrition and obesity not just in Lebanon, but in the Middle East and Northern Africa as a whole.

DISCLAIMER: The views and opinions expressed in this blog are the author's, and do not reflect the views of the Global Health Institute or the American University of Beirut.