Diabetes in Lebanon amid an Explosion, a Pandemic and Political Unrest 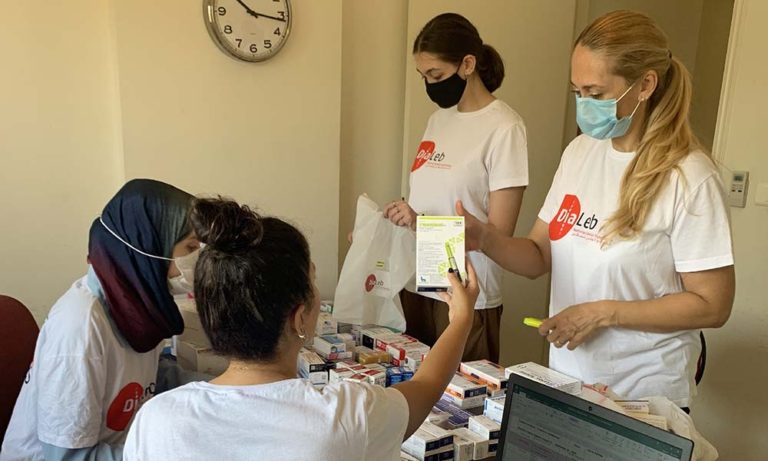 Following months of political unrest and the rapid spread of the COVID-19 virus; the Beirut port explosion of August 4th, 2020 shook the Lebanese population to its core. With Lebanon’s collective psyche traumatized, and the devaluation of the Lebanese pound, the nation already had its anxieties over how they would be able to afford their living expenses. Today, more than 300,000 people are homeless across the country.

It was months before, in April of 2020, that Dialeb had begun its initiative #DiabetesMedication4All to provide free medication to those afflicted with diabetes and living in Lebanon’s discouraging economy. During times of crisis, people tend to neglect their health. Dialeb’s immediate response after the explosion included on the ground relief offered by the team and volunteers. Door to door, we visited those affected and handed them the medication boxes by hand. With every medication box, a copy of Dialeb’s bilingual magazine, Dialeb Review, was added to keep recipients knowledgeable on how to best care for themselves. Prior to going out and spreading this aid though, precautions were taken and training was undertaken in order to make sure the team and volunteers were properly informed on how to protect themselves against COVID-19. Yet, the port explosion demanded even further aid and Dialeb stepped up to the challenge, transforming our field work and aid into a full blown initiative entitled Diabetes Relief. This initiative was centered on patients affected by the Beirut explosion. It was paralleled with a social media campaign under the hashtag #DiabetesNeverStops; which reinforces the urgency of keeping diabetes under control. These medications were so urgent, that if left untreated, this could mean undesirable health complications for many.

Throughout all that has befell the Lebanese nation, Dialeb has never stopped its diabetes education efforts: since the pandemic started, policies were changed to deliver all education virtually to maintain health-education continuity. Amidst the heavy turmoil, one could see a silver lining: within 3 weeks after the explosion, 68 people living with diabetes were helped with 348 medication boxes, 125 insulin boxes, and 750 testing strips. Months rolled on by, and more in kind donations streamed in, helping even more citizens whose health depended on it. As of mid-March 2021, a total of 324 people living with diabetes have been supported. Hope for those with diabetes has become a living concept through the donations provided to Dialeb. Little steps can lead to great strides in making change: in fact, it has led to measurable changes in the lives of over 300 Lebanese citizens battling diabetes. As Ronald Reagan once said, “we can’t help everyone, but everyone can help someone.”